FUD: How to Use It, Abuse It, and Thwart It

Fear, uncertainty, and doubt. Typically abbreviated as “FUD,” it’s one of the oldest tactics in the salesperson’s toolbox, first appearing in sales literature in the 1920s.

Microsoft famously used it in the 1990s against Caldera’s operating system, DR-DOS. The company inserted a “non-fatal” error message into Microsoft Windows 3.1 that would pop up if it detected the competitive OS. Microsoft didn’t prevent Windows 3.1 from running on DR-DOS. Users were presented with the option to press “C” to continue, after which Windows 3.1 would run just fine. But it did cause many customers to suspect DR-DOS was buggy and replace it with MS-DOS, which a court case demonstrated was the explicit purpose of the message. The lawsuit settled out of court with Microsoft paying $280 million to Caldera.

Underhanded tactics like this have given FUD a bad name, making it synonymous with unethical, dishonest, slimy salespeople. But that misses the point of FUD. Like a hammer, it’s just another sales tool, which can be used ethically or unethically. After all, plenty of FUD already exists in the mind of the prospect. There’s no need to gin it up with lies. The trick is to use FUD ethically when appropriate and, just as important, learn how to counter it when it’s used against you.

One of the most important things to keep in mind about FUD is that, when used against a competitor, it does very little to persuade a prospect to buy your product. It simply pushes your prospect away from its target. If you’re in a bake-off with multiple competitors, you may be able to take out one competitor, but the tactic may also give the prospect a bad impression of you, and take your company out of the running as well.

So, when you use FUD, don’t use it alone. You must also give prospects a reason to buy. Show them how your offering alleviates their fear, uncertainty, and doubt.

Also, do NOT make things up about your competitors, and make absolutely sure that all of your claims will hold when a prospect does their own research. This isn’t the 1990s when the Internet was in its infancy, and information was still sometimes difficult to verify. If your sales team starts making wild, unfounded claims against a competitor, it will come back to bite you. No one wants to buy anything from a liar.

Classic FUD usually takes the form of convincing a prospect that a competing company or its product is weaker than it appears. The organization’s finances are shaky, it’s about to be acquired, its operations are in disarray, future products will fail to deliver promised functionality, and so on.

But FUD doesn’t have to be employed against a competitor. It can also be used to make a prospect fear the consequences of NOT buying your product. After all, who wants to end up like the payment processor, Heartland Payment Systems, whose massive data breach caused major credit cards to temporarily pull their business and required $145 million in compensation for fraudulent payments? If only they’d had your security solution deployed ….

FUD is most powerful when a sales rep simply acknowledges a concern that the prospect already has. Do your research so you understand their situation. For instance, “You probably saw that the biggest company in your industry, ACME Corporation, took two more points of market share last quarter, and how they’ve invested a lot into 5G connectivity within their German factory. If you have a few minutes, I’d love to share how our wireless smart factory solution is helping mid-market manufacturers like yourself become more competitive.”

In the end, however, FUD is a sales tool, not a sales solution. People need positive reasons to buy, and they need to trust that your solution can solve their problem. Use FUD sparingly, because long-term, your goal should be to instill trust that you can help your prospects overcome their challenges, not spread fear that they’ll fail.

Even if your sales team doesn’t use FUD, undoubtedly you’ll see competitors use it against you. So it’s important to prepare and be ready to counter it.

First, know what you’re facing. If you’re a new company, think like your competitors, and come up with the most likely FUD they could throw at you. If you’re already established, talk with the sales team to understand what the most common attacks are.

As your team responds to FUD, don’t let them get aggressive or angry, which can make the prospect think there’s something to it. You don’t want to appear defensive. That’s never a good look.

One strong way to respond is to avoid directly addressing the FUD and, instead, reframe your answer to emphasize a strong selling point. If you’ve ever watched a tough journalist interview an experienced politician, you’ve seen this tactic in action: they avoid answering problematic questions by answering the one they wish had been asked.

For instance, let’s say the prospect mentions that a competitor said your financial situation is precarious because you haven’t raised a new funding round in a couple of years. You can respond by saying that demand for your solution has been incredibly strong. After all, in the last six months alone, you’ve announced three new Fortune 500 customers.

But sometimes you’ll need to address the FUD directly. Have your evidence ready at hand. If a competitor says you’re too small to scale, present the prospect with case studies from some of your largest customers. If they claim your key employees are jumping ship, point to the several “Best Place to Work” awards your organization has won. Even stronger, provide proof points that counter common FUD before your competitor has a chance to bring them up. Don’t position it as countering FUD, though. Just present them as part of your sales pitch to demonstrate that your company and product are strong. That way, prospects will be primed to reject FUD out of hand, and the tactic may blow up in your competitor’s face.

The strongest way to counter FUD, however, is to show that you understand the prospect’s challenges better than your competitor and that your product or service will address them effectively. As I mentioned above, when FUD is used against a competitor, it doesn’t close a sale; it only prevents one from happening. People buy from organizations that they believe can solve their problems.

If you’re looking for help countering FUD, we’d be happy to talk with you. Get in touch!

Previous   All posts   Next 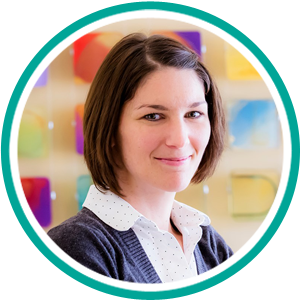 Andrea has over twelve years of sales and marketing experience in the Telecom and IT industries, across various geographies. Having been on both sides of the sales and marketing functions, she has a deep knowledge and appreciation of their interconnectedness and the tools needed to make them work well. Her specialties include marketing operations, event management, marketing automation and channel marketing. Andrea is a recent mom of little Amelie (named after the movie) and an avid dancer. In her free time she enjoys attending mommy & baby classes, music and traveling with her family. Andrea is originally from Vienna, Austria and calls New York her home for the past 8 years.

You have the products, services and vision. We have the skills and strategy to build or enhance your ideal marketing and sales infrastructure.