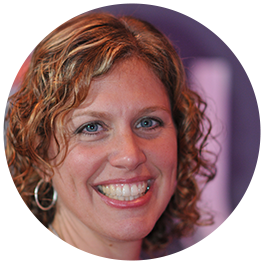 Modern marketing requires a constant stream of fresh content: blog posts, white papers, case studies, landing pages. It’s never ending. And all of that content begins from the same place — a blank screen with a flashing cursor on the left hand side.

If you’ve been a marketing writer for any length of time, you know how it feels when you’re staring down that cursor, and despite your best efforts, you can’t think of anything to put on that page.

Writer’s block doesn’t have to be a permanent situation, however, There are techniques that can help you break through it. But before we get to those tips, let’s first discuss the underlying causes of writer’s block.

Many times, we can’t write because we lack self-confidence. We doubt our ability to write something that anyone would want to read, or we worry that our work will compare poorly to that of our colleagues and competitors.

I wish I could tell you that there’s a simple trick for getting past these fears, that you can just ignore these feelings, and they’ll go away. But they won’t. Not immediately, at least. The only way they will go away is by proving to yourself that you can create great writing and that your work does compare to that of others. And the only way to do this is … to write.The more you write, the better your work will become. It takes time.

Other times, though, the block isn’t a fundamental sense of self doubt, but a more specific one — you have to write about a topic and you don’t know much about it. Or the opposite problem, where you know so much about the topic, you don’t know where to start or how to boil it all down into an 800-word blog post.

Let’s talk about how to overcome these obstacles.

Tips for Just Writing Through It

Serious runners know that, while a side stitch can be uncomfortable, they must simply endure it during a race. Eventually, the pain will go away. If they get too bad, some runners slow down to a light jog or a walk. Once they subside, they can regain their former pace.

That technique also works for writing. When you’re blocked, sometimes the only way to overcome it is to barrel through. But that doesn’t mean there aren’t ways to make the barreling a bit easier.

Barreling through doesn’t always work, however. In these times, the best thing to do is take a break from writing to do something else. Give your brain a chance to rest. Find some creative spark elsewhere that you can use once you’re ready to fire up the blank screen once again.

Writer’s block is a painful experience, but it’s not a permanent one. The tips above, either alone or in combination (how about a walk, followed by reading a competitor’s material and then writing the blog post as a 18th century French epistolary novel?) should eventually help you regain your confidence and creative spark. And if they don’t? Often a good night’s rest is the best medicine -- tomorrow is another day.

Still can’t break through writer’s block? Need some help generating content that gets results? Talk to us!